As markets consolidate is it time for a dollar retracement?

The early months of 2019 have been rather truncated for the dollar. Swings higher and lower have been a feature. Moves of around one to two weeks higher tend to be followed by moves of one to two weeks lower. The chart of the trade weighted Dollar Index shows this to be a key feature. After having recently rallied for the past couple of weeks, is now the time for another retracement lower for the dollar? There are several key charts pointing this way. A close on Dollar Index below 96.90 sees the market topping out again. This equates to EUR/USD pulling above $1.1260 (already underway) and Dollar/Yen below 111.20 (close). Gold is another chart on the brink too as it flirts once again with its long term pivot band $1300/$1310. Are the relatives turning round? Chinese data has picked up again recently, whilst the Eurozone is also showing a degree of stabilisation too. The rebound on Treasury yields has started to consolidate with the 10 year stuck under 2.55% (an old key low) and the dollar has lost some traction. This all coincides with a relative degree of calm, with newsflow on trade talks a little stale, whilst even Brexit volatility is reducing as a long extension with a softer outcome is materialising. This could perhaps be reason to lighten up on dollar long positions.

Wall Street closed mixed last night with the Dow lower by -0.3% whilst the S&P 500 was mildly positive at +0.1% at 2895. US futures are a touch lower by -0.1% early today. In Asia, the relative calm resulted in a very quiet session with the Nikkei +0.1% and Shanghai Composite -0.3%. In forex majors, there is another slightly weaker outlook forming for the dollar. This is a broad move with both the yen and Australian dollar very slight outperformers along with sterling. In commodities, this consolidation is also reflected on gold being all but flat. Oil is just holding ground after a strong move higher yesterday on potential disruption to Libyan oil supply due to domestic unrest which threatens the supply of around 1m barrels per day.

It is another quiet day on the economic calendar today with the US JOLTS jobs openings at 1500GMT the only real data of note. The jobs openings are expected to drop back slight to 7.55m in February (from 7.58m in January). It might also be worth keeping an eye out for Fed board member Richard Clarida (vice chair, centrist) who is speaking at 2345BST.

Chart of the Day – EUR/CHF

The latest in our charts looking at the changing fortunes of the euro comes with a rebound on Euro/Swiss. The recent acceleration lower of late March briefly breached the old September/January lows at 1.1180 to finally bounce from 1.1160 last week. The subsequent rebound is leaving a strong band of support at 1.1160/1.1180 to effectively continue the broad range between 1.1160/1.1500. This comes as the market is now positing a series of strong near term buy signals. With the RSI accelerating higher, a bull cross buy signal has confirmed on Stochastics. Furthermore, the MACD lines also crossing higher adds another bullish element to the bounce. There is further room for the move higher, with a move above 1.1260 opening a pull higher to the latest breakdown at 1.1310. The RSI which tends to move towards 60 during this range means that there is further upside potential in momentum too. With six successive higher daily lows, the initial support at 1.1210 is important, with intraday weakness seen as a chance to buy.

A decisive positive candle seems to be building something now for a euro bounce. A basis of support has been forming in the band $1.1175/$1.1210, with a run of higher daily lows in the past week. Now, with a close at $1.1260 the recovery is beginning to develop. The positive signals coming through on momentum indicators, with a bull cross on Stochastics, a cross close on the MACD lines and the RSI rising at a two week high. The hourly chart shows a small head and shoulders base pattern above $1.1255 which is a neckline basis of support now. Hourly momentum has also turned a corner with a far more positive configuration now across the RSI and MACD lines. An initial recovery target is at $1.1320/30, whilst intraday weakness that finds support $1.1240/$1.1255 is a chance to buy. A higher low at $1.1210 needs to now be built upon. There is resistance around $1.1300 from the old medium term support, with $1.1330 beyond.

The volatility in sterling is dissipating as the immediate risk of the UK leaving the EU with no deal is reducing. This is allowing the market to once more build from the $1.3000 key floor again. Given that there is the convergence of the four month uptrend (currently $1.3000) and four week downtrend (currently $1.3160) this is an increasingly settled outlook. Momentum indicators are relatively calm with the RSI flat at a shade under 50, MACD lines stable around neutral and Stochastics also somewhat benign. The key near to medium term move that would provide direction would be a close below $1.3000 or a close above $1.3200. Until we see either of these conditions, it is very difficult to get anything meaningful out of Cable moves.

Dollar/Yen has topped out in recent days, but is this a consolidation or a correction. Bumping up against the resistance of trading from throughout the first half of March, the first really negative candle in two weeks was posted yesterday. This has come with RSI pulling back from 60, MACD lines struggling and a bear cross on Stochastics. Another negative candle today and there is a real risk that this turns correction. However, nothing has confirmed yet. The hourly chart shows support at 111.20 is important as it marks a first test of a higher low from the recent recovery. A decisive break completes a small top pattern and would imply 60 pips of downside. The prospect is certainly growing. Yesterday we discussed the prospect of a minor lower high around 111.60 and this has been seen overnight. The hourly RSI and hourly MACD lines are more correctively configured now and a move below 111.20 would confirm a new corrective phase. Subsequent support at 110.80.

A session of risk aversion and dollar weakness helped gold to pull decisively higher. After a week of consolidation, the market is now testing the old long term pivot band $1300/$1310. Although an initial break above $1300 could not be held into the close, he bulls will certainly be enthused by this move. However, the key factor to watch would be how the market responds to the resistance at $1310. A close clear of the upper limit of the old pivot band would be a real signal of intent. It would suggest that the bulls are happy to defend the support at $1276/$1280 which is so crucial to the outlook on a medium term basis. Momentum indicators which have been very hesitant recently are now taking the move as a positive sign. The Stochastics posting a bull cross buy signal is similar to the move of early March, when the market rallied from $1300 to $1324 in the subsequent two weeks. A close above $1300 would be a positive sign to watch for. The outlook on the hourly chart has turned a corner with the hourly RSI moving above 70, and now if it can now hold above 40 along with hourly MACD holding above neutral, this would continue the improving outlook. The near term breakout at $1294 is supportive initially.

The bulls remain in control as the latest run of bullish candles accelerate through the 61.8% Fibonacci retracement at $63.70. This move is now breaking through an area of overhead supply from the old June 2018/August 2018 key lows, between $63.60/$64.40. Momentum indicators are extremely strong, especially on RSI which in the mid-70s is now the strongest since January 2018. The only caveat is that this does leave the market with limited immediate upside potential and at risk of an unwinding pullback. However, as has been seen throughout this uptrend of the past three and a half months, these corrective moves do not last for long. This is now a decent band of support at $61.80/$63.00 in the wake of Friday’s bullish engulfing candle. A decisive move clear of $64.40 opens $68.00 as the next resistance whilst the 76.4% Fibonacci retracement is at $68.75.

We continue to view the Dow breakout to multi-month with cautious optimism. Since last week’s close above 26,277 the market has spluttered somewhat. A couple of rather suspect candles suggest that the bull control is not what it might be. Yesterday’s early gap lower may have been only marginal and the selling pressure never really built up, however it will have come as a disappointment for the bulls. Leaving resistance at 26,488 the market has retreated into the breakout band of support 26,110/26,240. This is the initial basis of support. Whilst this is not a move that is overly negative quite yet, the momentum indicators have rolled over and lost impetus. If this run f bull disappointments moves into a third session then there might be something in a correction. For now this is just a warning and closing the gap at 26,370 would help to get the positive outlook back on track. A close above 26,488 re-opens the all-time high at 26,952 again. 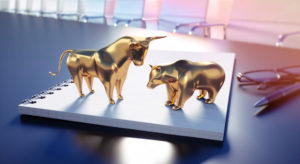 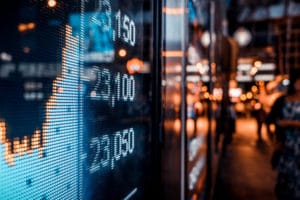 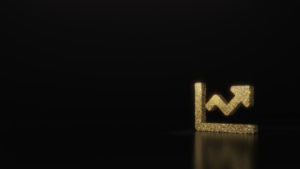