With gold not trading as a safe haven asset of late, it has performed well during an improvement in risk appetite in recent days. The renewed breakout above $1702 seems to have put to bed a corrective phase and the bulls are back in control. We favour long positions for a test of the highs again.

We have seen gold wavering in its correlations in recent weeks. Gold is not playing as a safe haven, for now. A lack of real correlation suggests the bulls are standing tall once more.

Gold is not aligned with its traditional negative correlation on US Treasury yields, and it is even rallying at the same time that the US dollar is also performing well. There has been suggestions that gold has a positive correlation with US equity futures (which is abnormal) but this has taken a hit by this morning’s moves.

The correlation calculations for gold versus US Treasuries and the dollar were sharply negative throughout the big March sell-off. However, as these moves are now dropping out of the calculation (which is a 21 day calculation) we see the correlations now turning higher. This is more a function of losing that March data than any reflection of recent moves. In fact, until the last couple of sessions, the correlation against the dollar has been regaining its negative relationship (something which we expect the resume in due course).

Here we see the lack of real directional linkage between gold and the 10 year US Treasury yield.

Also  in the last couple of days, gold is performing well at the same time that the dollar is also gaining.

Gold has been linked to moves on equities in recent weeks, but today as futures have fallen away (in the wake of the disastrous Eurozone PMIs) gold has held up well.

Performance has turned strongly positive again in the past two days. This would all suggest that gold is effectively an uncorrelated asset outside of the precious metals space. It is interesting to see silver’s run throughout April has been similar.

With the bulls putting the correction behind them we are positive once more. Even if there were to be renewed weakness, we REMAIN MEDIUM TERM BULLISH ON GOLD. With real yields expected to remain low and negative with the massive easing of monetary policy, we expect gold to remain supported.

The bullish outlook on gold seems to have been renewed. The corrective aspect of a mini top pattern of last week hit its implied target and the market has used this weakness as another chance to buy. Finding support at $1660, gold has climbed strongly once more.

We were looking at the reaction of the market around a pivot at $1702 as to whether the bulls were ready. A decisive bull candle formation yesterday, closing back above $1702 puts the bulls back in the driving seat. Just as importantly too, an early slip back this morning has found support above this pivot to push higher again. This is a good sign that the bulls are happy to buy weakness now.

The price action has stabilised momentum indicators in positive configuration, with MACD lines still rising and RSI holding strong configuration. We still look towards $1702 being an important near term gauge and price action shown on the hourly chart suggests a band of support $1692/$1702 now. Hourly momentum is once more positively configured with intraday weakness now a chance to buy.

STRATEGY: Holding support of $1692/$1702 we now favour a retest of the $1746 high in due course. Below $1692 would neutralise the outlook once more, whilst turning bearish below $1660 support which is now potentially another key higher low. 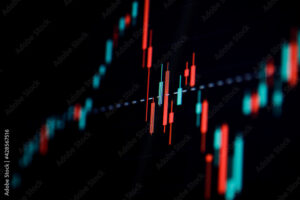 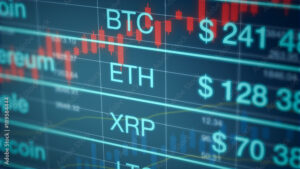 How to Build a Trading Plan and Strategy: 10-Steps Guide to Success 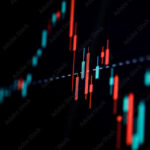 In the late 19th century, Charles Dow (who gave his name to the Dow Jones Industrial Average) identified ways of analysing financial markets, which are 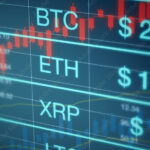 Markets do not move in one direction all the time and then change direction and start to trend in the opposite direction. For some the

Entity
Hantec Markets Limited (Mauritius)Hantec Markets Limited (UK)
Risk Warning CFDs are complex instruments and come with a high risk of losing money rapidly due to leverage. 64.33% of retail investor accounts lose money when trading CFDs with this provider. You should consider whether you understand how CFDs work and whether you can afford to take the high risk of losing your money. Please click here to view our Risk Disclosure. Hantec Markets use cookies to enhance your experience on our website. By staying on our website you agree to our use of cookies. You can access our Cookie Policy here
Markets
Menu
Platforms
Menu
Why Hantec
Menu
Support
Menu
How our customers rate us