How could the gold bull run be impacted by US fiscal support and Nonfarm Payrolls?

The incredible bull run continues, but for how long? We remain vigilant in the lookout for technical exhaustion signals, whilst the path of USD and Treasury yields remain key too. The trigger for a correction could still be the announcement of US fiscal support in the coming days. For now, all recent trends remain intact, however, once a correction sets in, there is a lot of near term overbought momentum to potentially retrace. 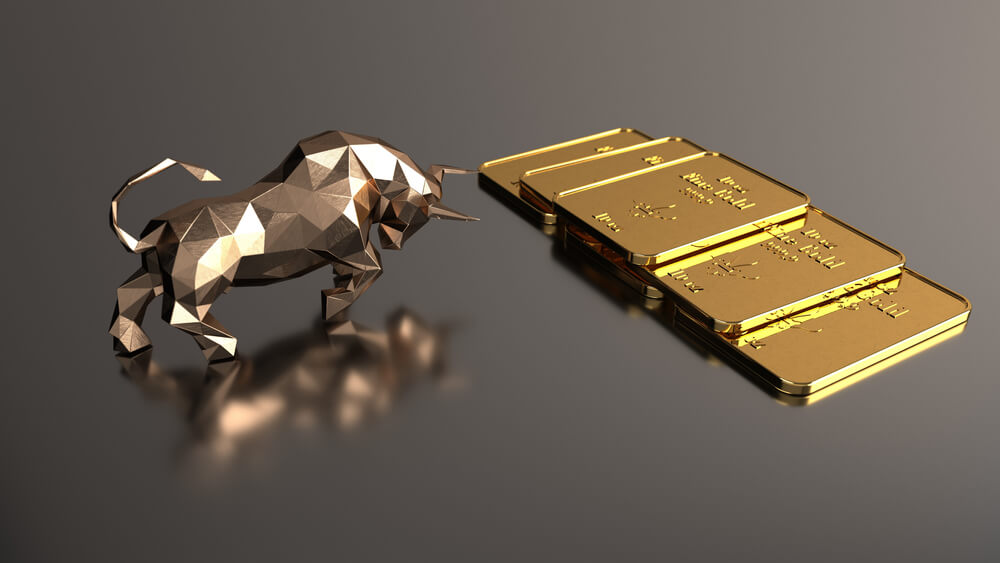 The gold run higher has been incredible. Just as the sell-off on the dollar has been incredible and we have also seen Treasury yields falling to multi year lows. These factors all play into one another (as USD is now seen as an underperformer due to the perception that the US economic recovery will be hampered due to the magnitude of COVID-19 reinfection rates).

We continue to look for what could shift these trends. Two key factors are on the near term horizon now, the ongoing discussions over the form of US fiscal support, and Non-farm Payrolls. We believe that of the two, the announcement of a fiscal package of support could be the key trigger for profit-taking on gold.

A huge fiscal support package of anywhere between $1trillion to $3trillion would pull Treasury yields higher (and therefore likely drive a correction on gold). Relief for the US consumer would pull traders out of the ultra safety of US fixed income, pulling yields higher. It would be dollar supportive and therefore the key negative correlations with gold for both USD and yields would pull gold lower. The issue for markets is that there is still considerable uncertainty over the size of any support and when it may be agreed.

The second factor is Non-farm Payrolls (tomorrow at 1330BST). We believe that the payrolls report could disappoint. Employment components in ISM data for both Manufacturing and Non-Manufacturing showed contractions, whilst the ADP Employment also significantly disappointed consensus (just +167,000 versus a consensus of +1.5m). Is this setting up for a payrolls disappointment tomorrow? The issue would be how the market responds to this. Could this drive yields and the dollar lower? Could it be a final blowout move with these trends at such extreme levels?

For now, the trends of dollar selling and yields lower continue (even if they have staled slightly this morning. 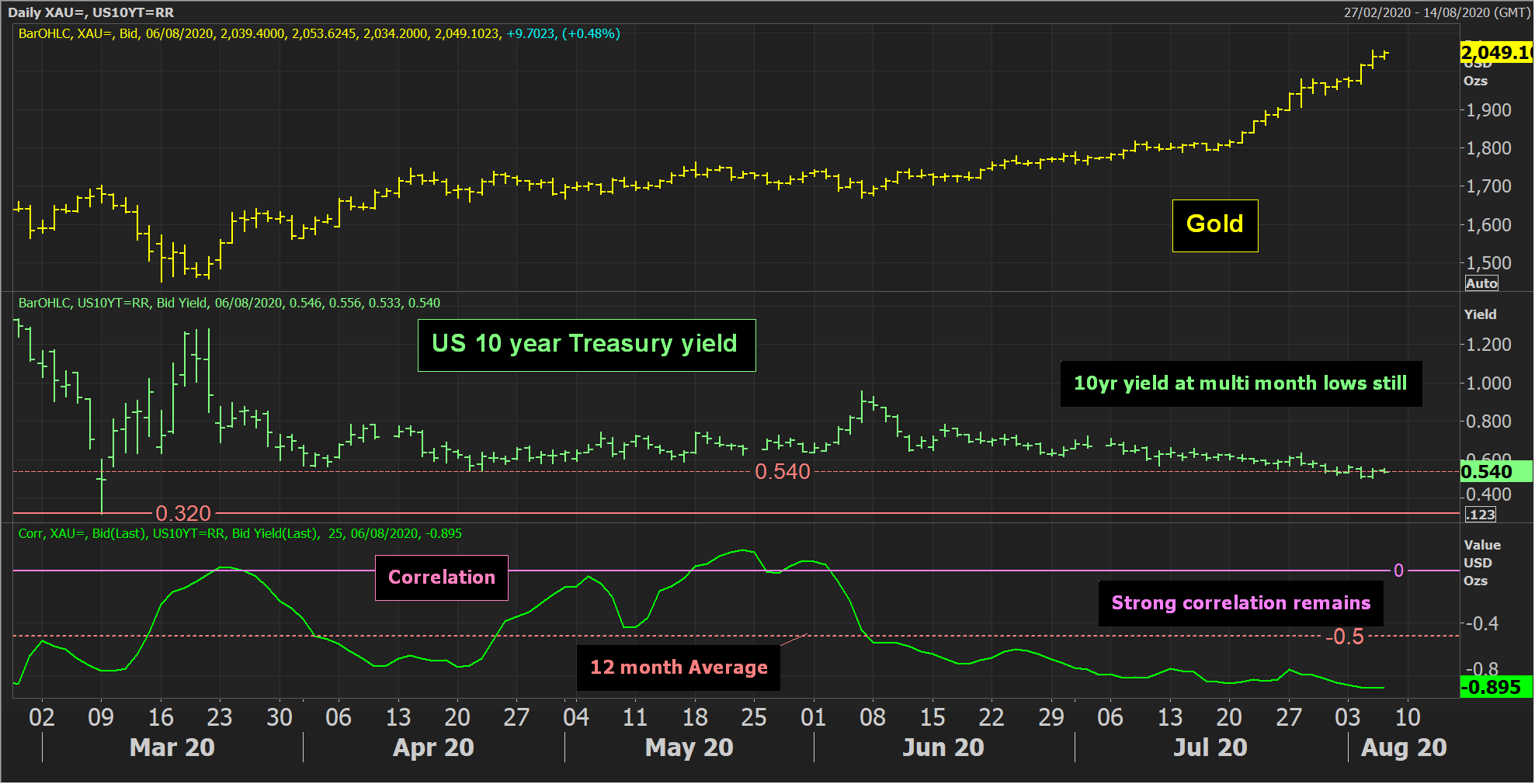 Gold has become extremely overbought on a near term basis but in our view, once any near term corrective move/profit-taking plays out, we still see fundamentals on gold underpinning a stronger gold price in the coming months. Loose global monetary policy for many months (and possibly years) to come, will keep real yields subdued/negative and should continue to mean gold is attractive. Subsequently, this is still a good environment to be buying gold into weakness.

The bull train continues to power on. After Tuesday’s huge breakout above $2000, the market continued to buy yesterday and is buying today. There is no resistance up here, and with momentum so incredibly strong, there is nothing to really stop gold pulling ever higher. Or is there?

Daily momentum is now more stretched than it has ever been, with the RSI around 89 this morning, at record levels. There are two ways to read into this, firstly one of enormous trend strength, but secondly an increasingly stretched market. It is difficult to say where this bull run will stop, but the fear would be that with gold having rallied so hard, so quickly, when a corrective move does set in, it could be sharp and painful if caught on the wrong side.

So we have to be cautious with the move, especially as seemingly everyone is bullish now. Looking to the hourly chart, there is a near term pivot that has formed around $2029/$2030. The market is ticking again to test yesterday’s high of $2055, but $2029 could become an interesting gauge of support. We also note a small negative divergence forming on the hourly RSI too. Could this be a sign of slightly waning upside momentum? There is further support back at $2009 with yesterday’s reaction low. A slight redraw off a two and a half week uptrend sits at $2000 today, so anything under $2000 would be certainly threatening a correction. There is breakout support at $1984 with the first real higher low not until $1940.

STRATEGY:  After a brief consolidation the gold bull run is back on track and with little resistance, further upside cannot be ruled out. However, we remain cautious though and are still looking for signs of exhaustion that could generate profit-taking. A decisive move under $2029 would be a warning, and breaching $2000 would likely trigger an unwind into the mid-$1900s at least. 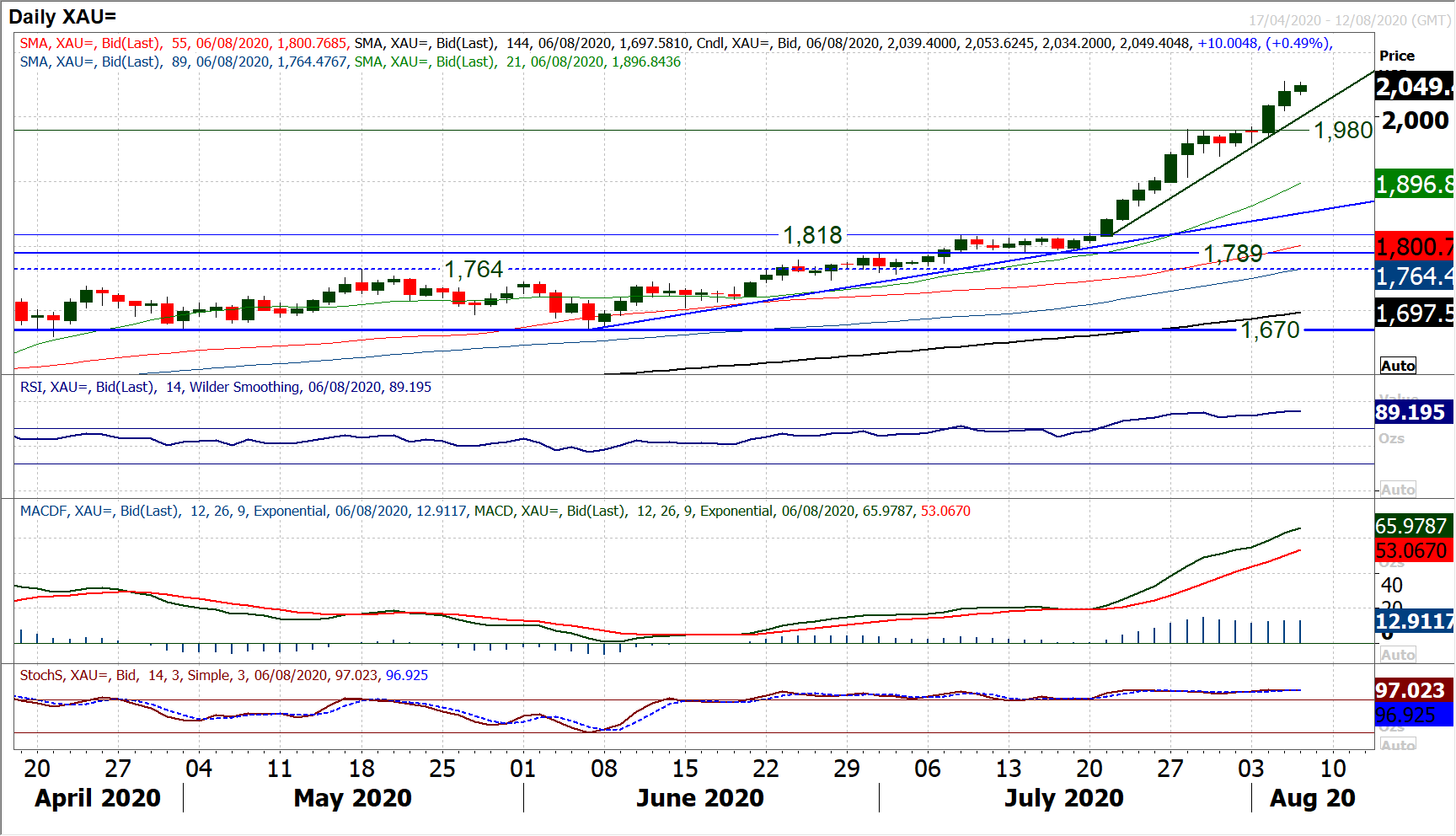 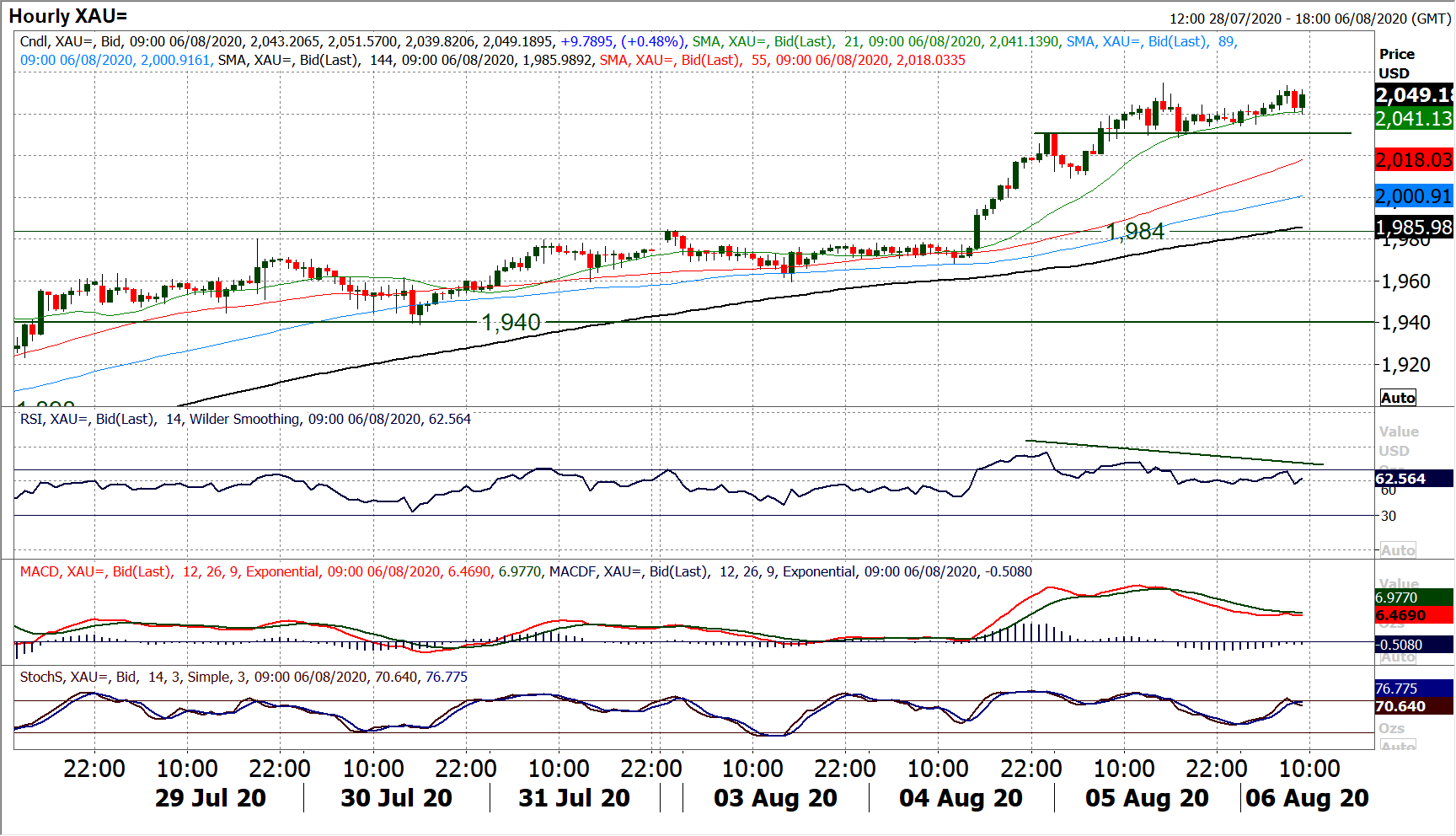